Gibson’s was started in 1940 by Earl & Mildred Gibson (Ann Sheridan’s mom & dad). Gibson Arena was originally constructed as an ice skating rink. They could convert to a roller skating rink when there was no ice on the floor. The rink was converted solely to roller skating in 1949. Back in the day when there was still an Ice Plant on the property they also produced what many locals still proclaim to be the best ice cream they ever consumed.

George & Ann Sheridan purchased the rink in 1969 from Ann’s parents and continued the family owned tradition. In 1979, they purchased an additional skating rink in New Castle to expand the family fun.

As time moved on and their children grew up, Beth married Mark Griffith and they continue to manage the New Castle rink. Tom Sheridan now runs the day-to-day operations of the Muncie rink and also keeps the music playing during school parties & public sessions.

From our family to yours, thank you for allowing us to be a part of your memories for over 75 years. 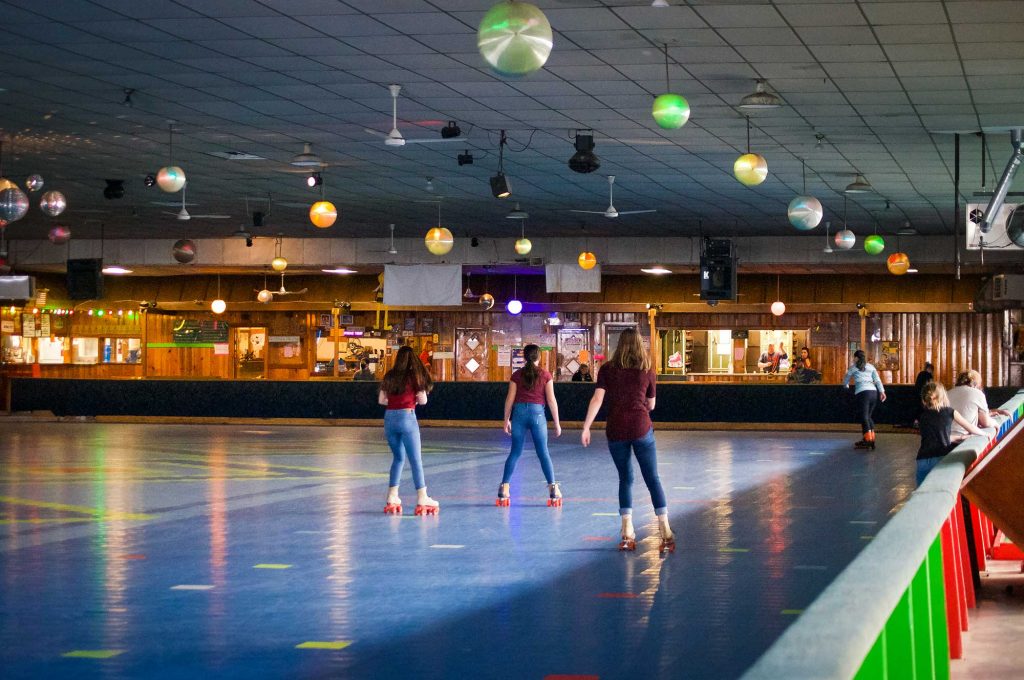